A brace of goals from Connor Woods in the 23rd and 55th minutes saw all three points go the way of The Sandgrounders.

The first of those goals came after a rather drab opening 20 minutes but the strike lit up the game with Niall Watson feeding Woods who fired home from 20 yards.

It wasn’t the best half of football but Southport went in to the break in the lead.

The second half was more lively and with Southport attacking the Jack Carr Stand and with the home fans once again showing fantastic vocal backing to the team the second goal duly arrived in the 55th minute. Jack Bainbridge returning after suspension played a superb ball through to Watson who raced away, cut the ball back and Woods was on hand to finish from 6 yards out.

Southport were in control and looked comfortable with some outstanding defending once again from the resolute back line but the veteran Matt Rhead was quite a handful and always dangerous.

Alfreton’s best chance came late on when substitute Yusifu Ceesay fired wide when he should have scored from close range.

The game was stop start with the referee’s whistle playing a prominent part in the game which must have come close to breaking the record for stoppages for fouls. They were all niggly and nothing malicious but they did interrupt the flow of the game.

Southport saw the game out well and move up to 15th in the table .

It’s a break from league action on Saturday as we enter the FA Trophy and have a home tie against Darlington. 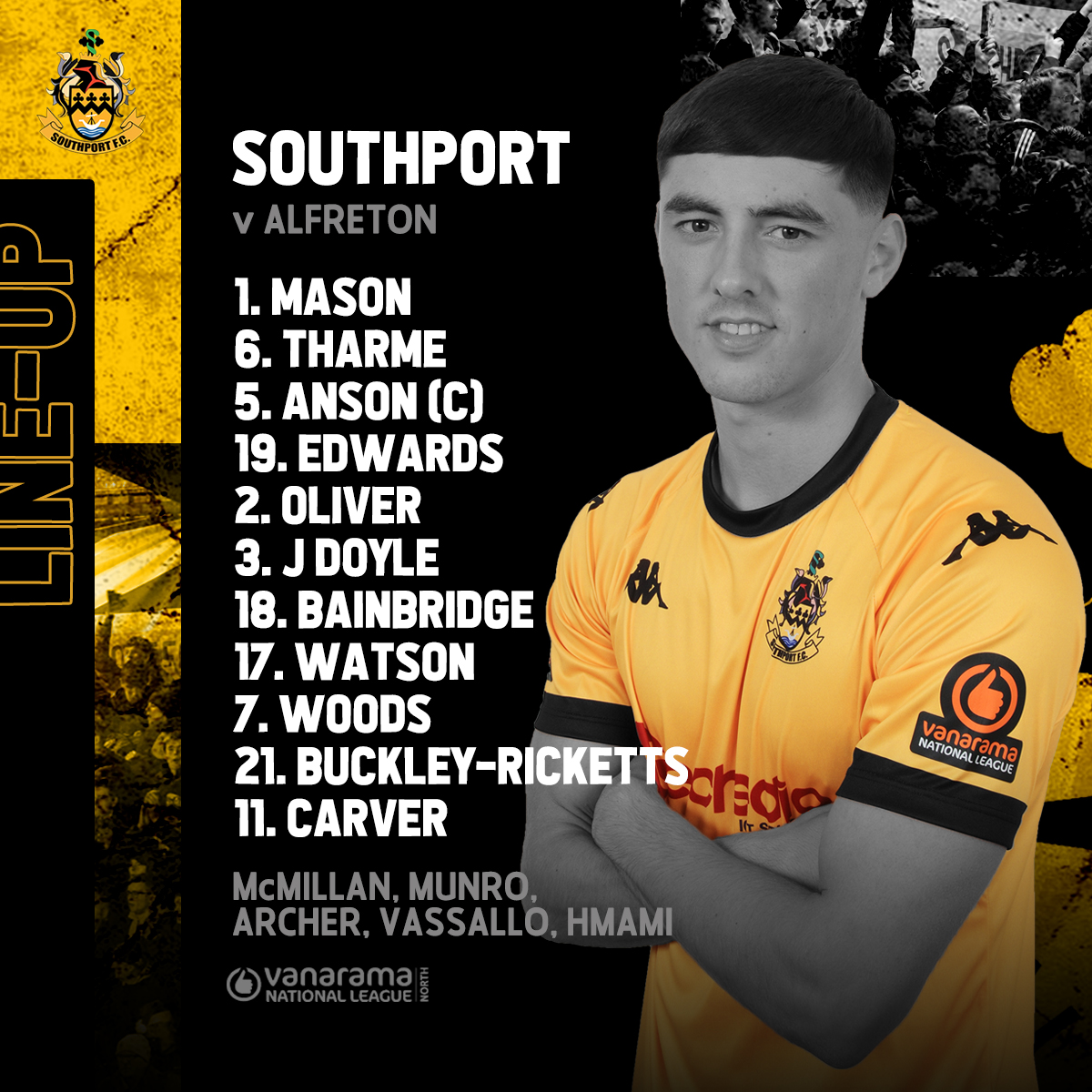 Subs Used Hmami for Woods 55, Vassallo for Edwards 69 and Archer for Carver 79.