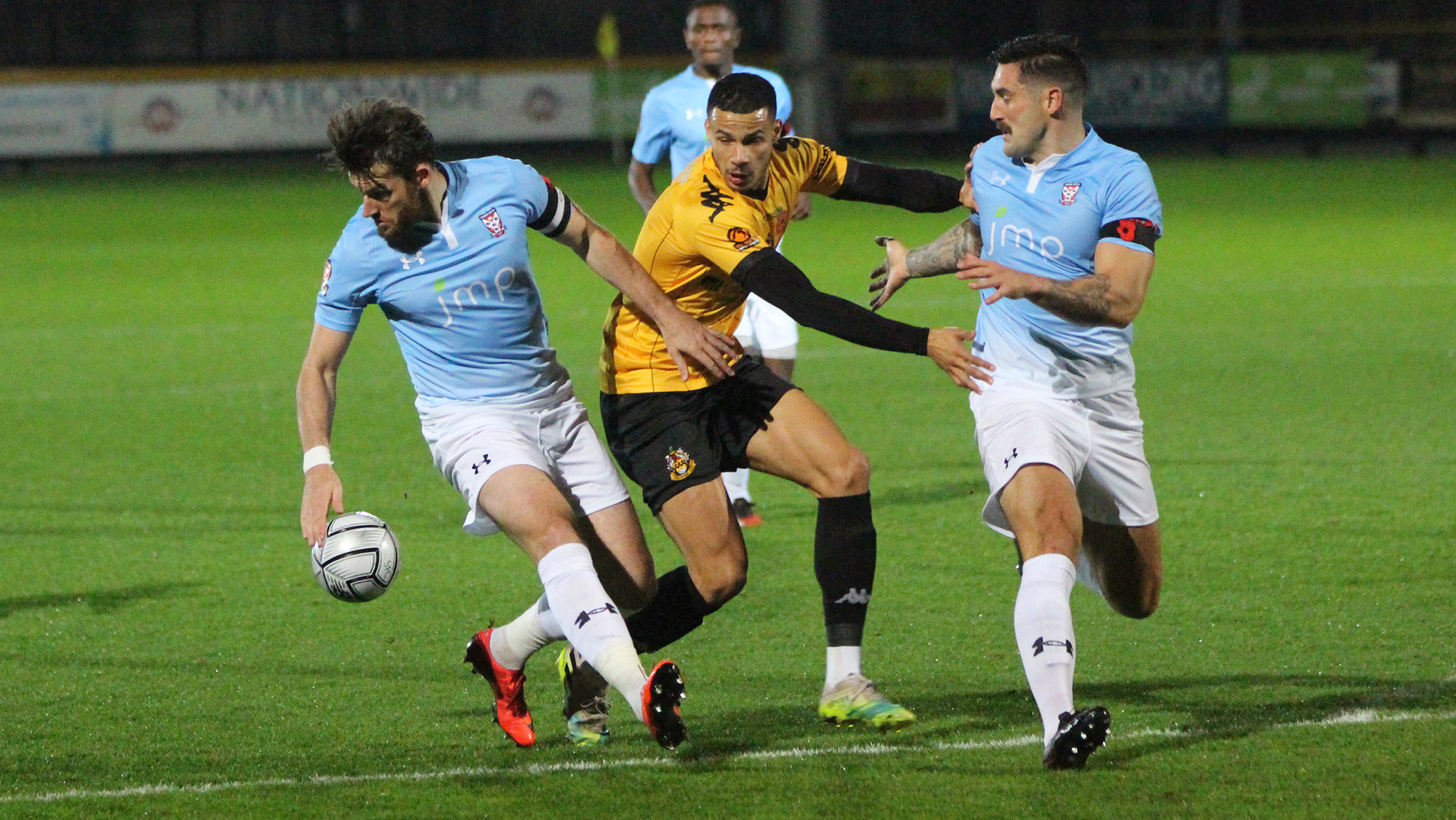 Southport were undone by three set-pieces as York City kept their unbeaten start to the National League North intact. The Sandgrounders went ahead twice against a strong York side, in a game that burst into life in the second half.

It was Southport who started the stronger out of the two and had an opportunity to score inside 10 minutes, when Marcus Carver found Jordan Archer on the edge of the area, whose rising effort sailed over the bar.

York soon got the ball down and started playing themselves, but struggled to create anything meaningful in the final third.

Dan Hanford was then called into action in the 20th minute, when he scrambled across his goal to deny Akil Wright’s bullet header from point-blank range.

The Port opened the scoring in the 27th minute, when the York defence failed to clear Jack Doyle’s long throw into the box, with the returning Archer smashing home from 10 yards out.

The goal seemed to wake the travelling Minstermen up, but were having difficulties breaking through Port’s defence. York’s high-flying full-back Scott Barrow found himself with a couple of opportunities late in the first half, but was unable to find the target from 25 yards out.

The equaliser came in the 55th minute, when Captain Sean Newton’s free-kick deflected off the wall and into the bottom-left corner.

The game was not level for long and it was the hosts who regained the advantage, after Niall Watson found the top-left corner with a wonderfully curled effort.

The game was once again level in the 68th minute, when Newton scored his second free-kick off the game, with a much cleaner strike than the first. Ten minutes later, the visitors took the lead for the first time when Harry Bunn turned in Olly Dyson’s cut-back, after a well worked set-piece routine.

The Sandgrounders pushed for a late equaliser, but the York defence stood strong and took the three points back to Bootham Crescent.